Date uploaded Apr 10, Did you find this document useful? Is this content inappropriate? Report this Document. Download Now.


Description: The tactics and case studies featured here on Walksteps. Jump to Page. Search inside document. You're Reading a Free Preview Pages 9 to 15 are not shown in this preview.

There is the funky Angelina's Corner on the curve of South and West and ultra-green Rowhaus just north of the baseball park on West Temple, and there are hundreds of units planned at Market Station, a walkable development slated for the warehouse district in South Salt Lake. They say nothing about transit, but they allow more money to be expensed to cars. Labels: Autocentricity , Tax Code. One of the things that bothers me these days is the need for the FTA to judge things based on cost and not long term benefit. An article in the Washington Post discusses the long term benefits that the planners in Arlington VA saw when they decided to run the Orange line underground and away from the freeway.

It got me thinking, what would BART look like if they had made the decision to build like Metro in DC and run the line through main corridors instead of down the center of the freeway. Here is what I came up with. The dotted lines and black dots I drew and the regular line and existing stations are shown by the little BART symbols. If I were to speculate that these stations would have the ridership of 24th and 16th street mission, we would be seeing an additional , riders.

A few months ago we linked to Trimettiquet. Tri-Met asked them to stop using their logo, so if someone wants to help them out designing a new one give them a shout. Seems like this transit etiquette thing is taking off and its no different in San Francisco. I've had to make kids get up for elders before. I'm sure I'm not their favorite people now but they should know better.

There's a new local resource called Muni Manners as well. Labels: Transit Etiquette. There's chattering on the Metropolitan Policy of Barack Obama. He gave a speech to the US Conference of Mayors and here's what people are saying. I think the best part is a person in the cabinet who would be in charge of metropolitan policy.

Ezra Klein - It's worth noting that Obama's promise to fill the coffers of the Federal Highway Fund comes before his promise to build a "a world-class transit system. Yglesias - To seize the possibility of this moment, we need to promote strong cities as the backbone of regional growth. As many of you know I don't think Maglev is really worth it. You can go almost as fast with HSR which is proven technology.

But I like the fighting spirit. Transportation Corridors. This is what you get when you have a long term plan for developing a corridor and do it right. I was watching some baseball today and the game was in Boston.

They showed an aerial photo of the Back Bay and it got me thinking Anyone have a corridor to share? Friday, June 20, Similarities. What do Tiger Woods and the United States have in common? They are playing through the tournament with two stress fractures and a torn ligament. Both are amazing, but need rest and rehabilitation to heal and are not smart for continuing in the current condition.

Infrastructure funding is needed and important, let's not wait till our legs break in half. Labels: Capital Transit Investment , Infrastructure. I'm going to grudgingly quote from an AP article right now, but its a really good one. On Wednesday, a survey of Coldwell Banker agents showed a remarkable 96 percent said that rising gas prices were a concern to their clients, and 78 percent said higher fuel costs are increasing their desire for city living. Worth the read. Labels: Transit Oriented Development.

Stephen Rees has the story. I have to mention how dumb I think this is. At a time when fuel is going through the roof, to get rid of overhead wires that can be used for clean electric propulsion and go with "hybrids" is folly. The thing that really gets me is the claim that in ETBs will be almost a million dollars a piece.

Who got these numbers? It's just an electric motor! Obviously no one was looking into it. And apparently, the 7 of 13 council members are into spewing more particulates into the air. When are we going to get serious about air quality. I must say I appreciate the Muni lines that have electric wires. When I'm walking on the street, I don't feel like I'm breathing dead dinosaur.

Labels: Trolley bus. Free Shipping. I was talking with my Grandmother last night about downtown Oakland. It used to be the place to go for shopping and she remembers when there were four large department stores downtown.

She also mentioned something else interesting; free delivery. Since most people in the 20s and 30s took public transit shopping, if they bought an item at a department store it was delivered to their home, for free. Sure would make some transit trips easier to make when the complaint is, "I can't take that on the train.

Labels: Bus , Oakland , Streetcar. The New Patriotism. Want Legroom? Take Rail. In fact, why would you ever fly for a short distance trip if you had a choice? Labels: High Speed Rail , Houston. Safe Driving and Light Rail. Courtesy of the California DMV. The first is from the LRT driver's perspective.

Buzz – Opera of the Future


The Baltimore Sun didn't pull any punches today. They basically say what we in the transit blogosphere have been saying for a long time; that the current FTA administration doesn't take the long view on transit investments and is stingy when it comes to funding larger projects. Well the Baltimore Sun is fairly blunt but honest about what cost effectiveness should be, which is not the bare bones penny handouts for in traffic BRT that the FTA has recently been advocating.

Recent news that a Baltimore Red Line with all the proverbial bells and whistles may not be eligible for federal funding should come as no surprise. The Federal Transit Administration funding formula is notoriously stingy, and an east-west light rail line with much tunneling would be pricey. This is understandable, we want to be smart with our money, but they go on to make more good points Every new transit line must demonstrate cost-effectiveness. That's just common sense. But the Bush administration tends to view such proposals far too conservatively while appropriating too little for transit.

This is proven true by Transportation Secretary Mary " Bikes Aren't Transportation " Peters commentary which ignores what has been going on around the country and how the FTA has been manipulating ridership estimates in many communities including Portland and Norfolk by ripping planned development out of the models that estimate ridership. 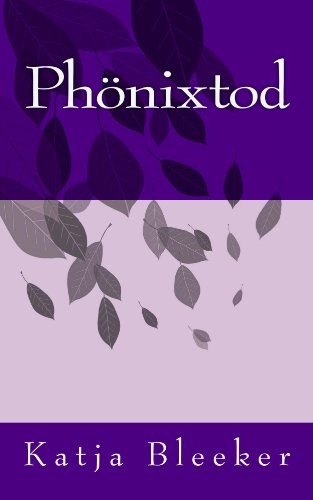 They just don't seem to understand the benefits of transit investment and that shows through with their rating system which offsets future planning with existing density. If you have one or the other, you end up at medium and get no boost at all. Here's her spin from her blog. The part that frustrated me the most, however, is that the Post is calling for massive increases in federal transit investments on top of existing massive increases to federal transit spending while calling for an end to performance standards designed to ensure that money is invested wisely.

Honest ridership estimates huh? How about those estimates in Charlotte and Minneapolis?